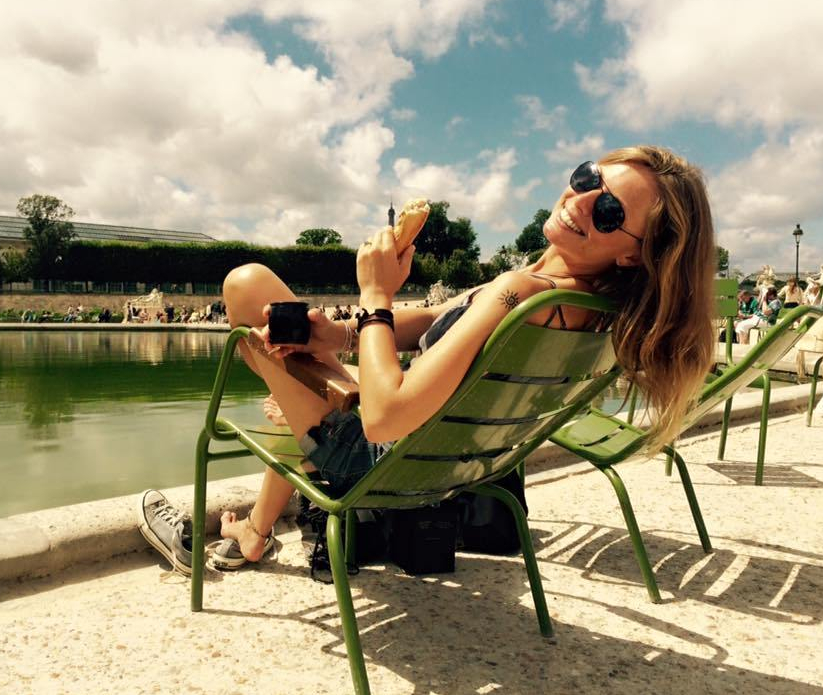 Through travelling and living in different places as a lifestyle, I’ve been exposed to many different types of people and ways to be in this world. Through this exposure, I’ve learned that retirement, as we know it in the West, seems to be more of a developed-world, career-inspired concept than an actual phase of life, which is how I used to think about it.

I don’t see myself retiring in the traditional sense for a few reasons. For one, I’m not working a full-time job for an employer that gives me a pension. My financial security is dependent on how disciplined I am to work hard enough to support my lifestyle, which doesn’t cost a lot, but still has a price tag. That work is writing. Once a hobby and now a livelihood, I can’t see myself ever not writing. Why would I stop, especially if someone is paying me? I do worry though, will I eventually run out of creative steam or is that something I can nurture? Another question for another time.

I’ve always equated retirement with a certain kind of freedom. It seems to be the happily-ever-after part of the game of Life. Finally, you escape that 40- or 50-year career, as it was for most of my parents’ generation, and the rest of your life awaits to do whatever you wish. But it doesn’t work that way for a lot of the world. There are many different ways to earn a living now in this super-niched economy—as many as there are to do retirement.

The other day during breakfast, we met a guy from California. His retirement years have consisted of completely changing his diet from hardcore meat-eater to veganism and buying up a highly coveted piece of property on a small island in Thailand to build a villa. He described California as too expensive and busy. Sounds nice, right? Almost cliché, and how a lot of us idealize the retirement years.

Then there are situations like this, which may better represent the majority…

There’s a charming little soi (small street) in Chiang Mai that I lived on for three years in a row. Its curved edges are dotted with a couple of small locally-owned diners, laundry shops, guesthouses, and a sundries shop that houses everything one might need in a given week on just a handful of shelves. The owners are delightful––a family––and whom I assume to be the grandma is probably about 85 years old. Every day she rings up bottles of beer, snacks, dish soap, and salted nuts for the community of retired expats that live in my building and the one next to it. She reminds me of my grandma with slender wrists, wispy gray hair, and translucent skin. She counts aloud as she punches numbers into her calculator, a series of hahs and kahs, the token sounds of the Thai language to a foreigner’s ears. Obviously she is not retired if she sits behind that cash register every day, but I imagine her life is very different from the average 85 year old in Canada.

Maybe she has run that shop for most of her adult life, maybe not. Maybe she did retire from a career years ago and has since lent a hand in the family business. That makes me wonder then, do retirees really fully retire, or do they just move on to other, more exciting work or work-like activities chosen from a long list of stuff they’ve always want to do? Check out my friend and writing buddy Maria’s story here.

But getting to the estimated majority of retirees…

Just outside that shop lingers a handful of self-identified retired expats from Canada, the US, and a few European countries. These guys––most are men––spend their afternoons perched at the picnic tables in front of the shop drinking large icy Chang beers and smoking cigarettes. They say hello as I pass and remind me that I’m far too young for the average demographic of the neighbourhood. Nonetheless, I’ve sat there a couple of evenings in the past drinking Johnny Walker, listening to their background stories and reminiscing about the good old days.

Many of these guys stay several months in Chiang Mai during the dry season because they want to escape the winter. But they’re on a limited income––the government pension––which, depending on how long you paid into it, is likely very little. They spend their meagre income on budget accommodation (about 150 USD a month for a studio apartment in Chiang Mai), cheap meals ($2-$5 each), and Thailand’s cheapest beer Chang (which translates to elephant, by the way). There’s probably another favoured pastime in their roster of daily activity, which we can simply imagine without comment. Thailand is known for lots of things and great cheap food is just one of them.

They are, in a sense, snowbirds on a budget. For them, retirement seems to be freedom from the shackles of a full-time job, but without the intrinsic urge to fulfill some big purpose or lifelong dream. They live simply, within their means, and still seem to enjoy life. That is, of course, my perspective based solely on surface details. Perhaps they are simply acquiescing to an old and tired body. I’m certain there are many broken dreams and losses among them, some faces reflect a bit of a hard life. But I imagine it’s a different kind of hard than say a rice farmer in rural Laos. Perhaps that kind of hard is more a scramble to connect with a world that allows very little space for certain types of people. That puts their elders into stuffy homes with nothing more than a modest pension and TV dinners. The privilege to decide our own circumstances is, after all, mostly just luck we’re born into. Very few of us can make it all by ourselves in a lifetime, and their autobiographies sit on library shelves.

Then across the city, away from the old city shambles, lives a different kind of retired expat. They’re a bit shinier, with fuller wallets. Many of them are much younger than the ones in my hood. They’ve managed to score big in the digital world, developing e-commerce businesses that earn a bonafide killing, which they can later sell or just keep by the wayside for passive income while they build another enterprise. I met one guy who retired in his mid-30s because he invented the self-proclaimed world’s best doggy doorbell (a bell that hangs on the end of a string and attaches to a door, if my facts are correct). He sold his clever invention on Amazon at a time when Amazon wasn’t a cut-throat business constantly threatened by hijackers spinning out cheap replicas of best-selling products.

Wow. Imagine being 35 and having enough financial security to never have to work another day in your life? Some can; most of us can’t. Imagine yes, realize no. Obviously that depends on how expensive your lifestyle is and how well you invest and all sorts of other things that is a whole separate conversation.

I think there are millions of people in the world who could retire from rice farming if given what many of us earn in a year. It’s all relative, isn’t it? There are the haves and the have-nots when it comes to money, privilege, and the security to even understand the concept of retirement in a way that affects us personally. Then there are the other types of have and have-nots that have nothing to do with any of those things, but more to do with community, family, purpose––whatever that may be.

The world is full of retirees and each one of them is doing something different, mundane, extraordinary, or somewhere in between. Will I ever retire? Probably not, as the conventional lifestyle has long since become a thing of the past. I will likely need to keep working, unless I become one of the 1% of copywriters who score big. I’ll work hard, but in the meantime, I’ll live in a rented villa owned by someone else, change my diet a hundred more times (but likely not to include the flesh of a dead animal), drink cheap beer at some point, reminisce about days gone by, and not be too bothered by security of the financial kind and keep doing what I love.

5 thoughts on “What is Retirement Anyways?”