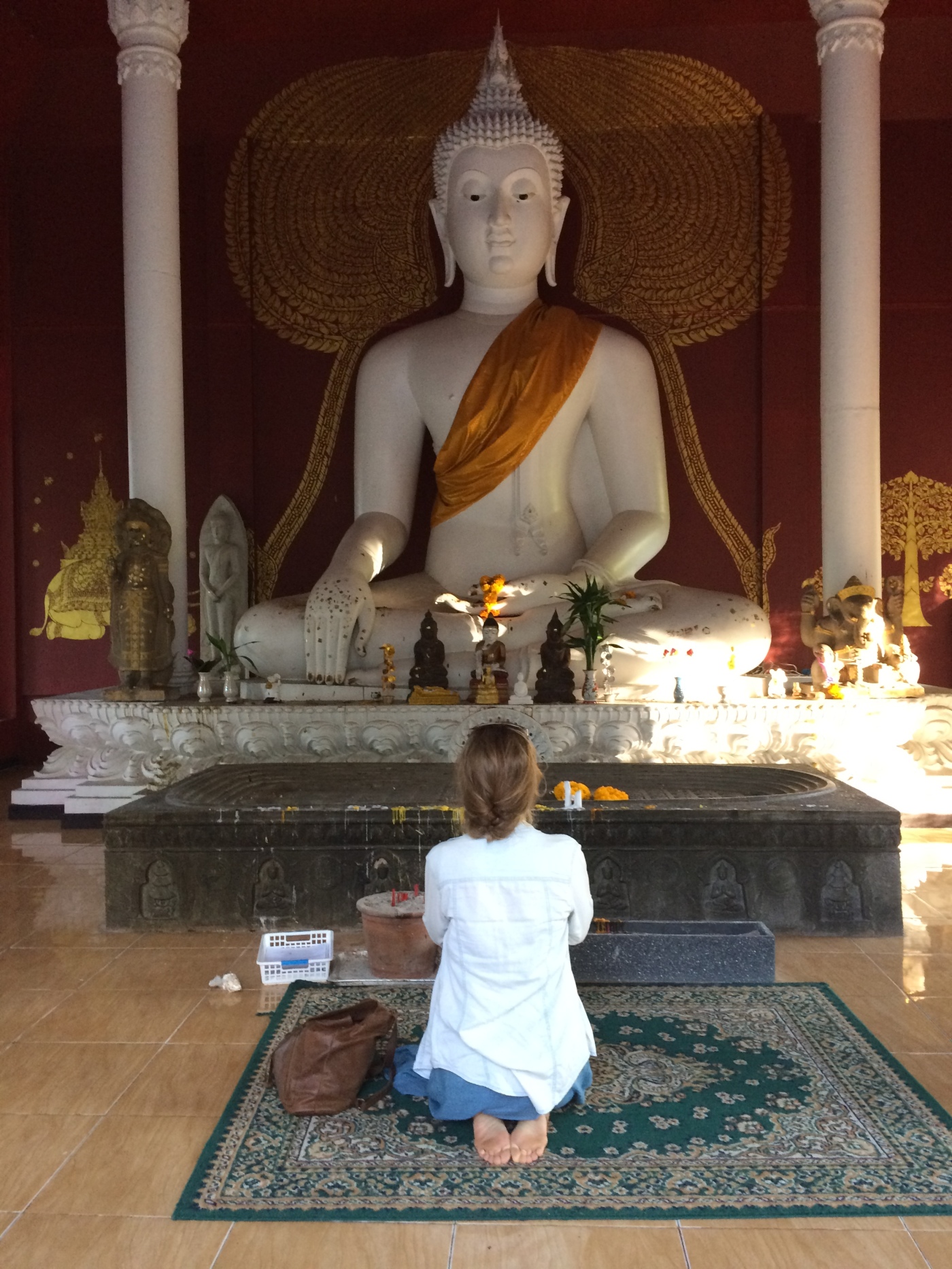 I’ve been in Southeast Asia a long time. So long that when I thought about writing my next blog, indicators you’ve travelled in Southeast Asia a long time, I was a bit stumped. I thought about it as I took a shower and delighted in the ease at which I can go from toilet to sink to shower all in the same space. And later, as I walked down a tiny soi somewhere in old town Chiang Mai. I felt comforted by the fact that I know people here now. People are familiar. Streets and places are familiar. I’ve seen shops open up and shops close down. I know the stinky corners of the city and where to get the best pad Thai. I know how to cross the street like a local. I see the same groups gather in the same little places each night, sitting on tree stumps or plastic stools, sipping Chang beer and smoking beneath tattered strings of Christmas lights. A local man rests in a hammock beneath his truck. A woman cycles by with a baby in a basket swaddled to her back. And there’s one celebration after another. Every day something special or festive is happening in this place, whether it is Sunday afternoon or Friday night. So then my question changed from what those indicators of a veteran traveller are to why we like to travel at all.

I walked to Chiang Mai’s annual flower festival with my friend Manos last weekend. It was a hot sunny day. One of those perfect ones where the shade makes you want to toss yourself down into a field of soft grass. When the breeze is like silk on your skin and you want to throw your head and arms back to let it move through you. We walked through exhibits of orchids the colours of blood and ivory, trailing from their pots like the tresses of Rapunzel’s hair. And teeny tiny bonsai trees, small enough for a dollhouse. I was taken. I want to be surrounded by trees the way some people want to be surrounded by dollar bills. The flowers were everywhere. They lined the fence surrounding the park, hanging from electrical posts like strands of tinsel on a Christmas tree. And I delighted again in how much I love this city–though its air quality inspires me to create a lung brush–for the simple reason that everyday feels like a celebration (not to be confused with a holiday, folks). It is a city of lights and ineffable energy.

And as I walked the streets through the buzz of people and tuk tuks whizzing past I thought about why I love being in Southeast Asia and it came to me that my number one reason is because it has become familiar. I loved it before because it was different, unlike anything I’d experienced. But I loved it hesitantly, like I was waiting for it to show me something unsavoury, something that would make me want to leave it and go back to an ordinary land. And of course it showed me lots of those things. Hand-sized spiders, cockroaches, squat toilets, heat rash, road juice, road-side fermented fish for sale, sewage, and piles of trash burning amidst jungle brush. I’ll never forget the first time I went to a food market in Thailand and I was utterly disgusted by what I saw: swarms of bees hovering over pots of syrup, fried insects, raw pork basking under the sun, things unidentifiable and most certainly inedible. What the hell was I going to eat? After that four-month long stay I couldn’t decide which stall to eat from any given night. It was all so good.

So I would go home for a taste of–well, home. Traffic lights, rules, fresh air, bread, proper peanut butter, beautiful wine, fines for littering, non-smoking mountains, a 10 p.m. sunset. And what happened? I missed Asia in a way I didn’t really understand. Its chaos, it unpredictability, the bum guns, the street food (that sometimes make the bum guns necessary), the markets, the absence of ridiculous rules, volcanoes, jungles, heat, moisture, the people who manage life by very simple means. So I promptly returned to the land where things don’t make sense because, in such a context, neither does my life have to. Because nonsense, strangeness and bucket showers have become signs of home, like mom’s cooking and the scent of freshly laundered bedsheets. Palm trees have replaced maple trees. And the winter rush-hour crawl home from work has been replaced by a cycle to a 700-year-old temple to join the monks for sunset prayer. Year-round shorts and flip flops instead of a winter coat.

That I missed Indonesia after I left it is testament to the kind of spell Southeast Asia can cast on a curious foreigner. It’s the kind of love that is fostered over time. The one that doesn’t initially appear your type becomes this amazing ball of goodness that you want to gather up in your arms, inhale the scent of, and never let go.

So do I travel because I want the feeling of home? Of familiarity? Most people travel because they want to discover something new. But whatever that something is becomes familiar once discovered, which is part of the reason we continue to travel. Addiction forms, so to speak, to the unfamiliar, to the mystery of what awaits us in the next village or country, to spontaneous tramping, campfires, and friendships that would be unlikely at home. To where it leads not just our physical bodies but our intellect, spirit, perspectives. It turns on the brain and stimulates it in a way that staying in one place can’t because your brain already has it figured out. It developed a schema for home a long time ago, much like the one we use to navigate our way to the bathroom in the pitch-black middle of night, and eventually, down that delightful little soi to the market.

And when you travel the result is always the same: the unfamiliar becomes familiar. And it’s a nice feeling. Like it is to get to know a person, lose yourself in a good book, or memorize a sequence of yoga asanas so you can flow from one movement to the next thoughtlessly. To learn by heart your favourite poem so you can hear it whenever you wish. It’s a kind of accomplishment. Something intangible gained solely through experience and, most importantly, love. I travel because it teaches me how to love.

3 thoughts on “Why do we travel? Part One”