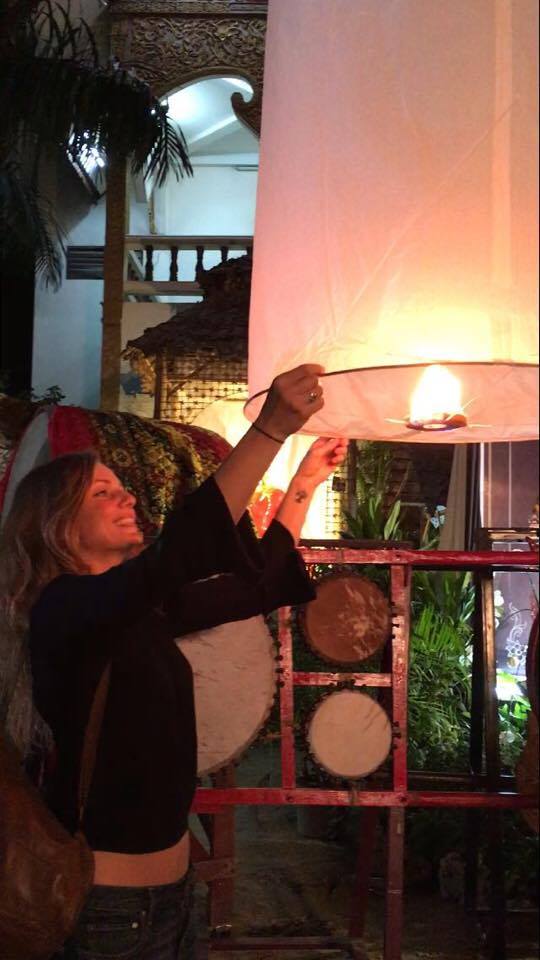 I recently added “Forward Thinker” to my character adjectives on my website. To represent it as a proper noun is an attempt to treat my newfound trait with the importance it deserves. And to perhaps use it to replace a less-attractive trait, like Unsuccessful Decision-Maker or Occasional Flosser. It is a New Year’s resolution of sorts.

I’m told that focusing on what you want to do is more effective behaviour towards self-improvement than focusing on what you don’t want to do anymore. Huh. Maybe that’s one of those life’s lessons things? I’ve always believed that concentrating on what you don’t want to do anymore is a precursor to just not doing it anymore. As much as it is wise to focus on what was good to save ourselves from regret or shame, I think it is equally wise to remember all the shitty little things that happened in a past year and our part in them. To remember all the ways that we get exactly what we ask for, whether we ask for it consciously or by repeating the same patterns of behaviour. It’s not about self blame or judgement but reflection and reality. A necessary kick to wake our ignorant, disillusioned asses up.

On New Year’s Eve I sat at the ancient temple, Wat Mahawan in Chiang Mai, to meditate for the last hour of the year. My friend and I joined the other people in the small corridor next to the temple, in front of a giant golden Buddha. We sat on the bamboo mats and unravelled the small string that hung from the large grid of string above, and wrapped it around our heads as others did. A way to connect everyone. Lit candles surrounded us and large paper lanterns drifted up, their flames licking the night sky. The monks chanted in Pali, an ancient Indian language. It was one of those many pinch-able life moments when my place in the world actually makes me feel a bit dizzy with disbelief. I am usually at some party with a drink in my hand on New Year’s Eve, not a Buddhist temple in Northern Thailand chanting an ancient prayer with monks swathed in orange robes. And I actually KNOW the prayer.

As I sat there with my eyes closed, absorbing the warmth of the night and the energy of the people around me my mind drifted back through the past year and took my heart with it. I thought about everything that had happened this year. All the failed relationships, goodbyes, books read, mountains climbed, conversations, love affairs, disappointments, misunderstandings, the harsh words and harsh decisions. All those moments I will never experience again. A conflicting emotional cocktail of remorse and relief instead of the usual shot of whiskey.

I thought of my Uncle Ray who died this year at 92 years old, a man who, at 90, threw himself down onto the grass beside me and joined me in throwing our hands and feet into the air whilst laughing hysterically–a favourite pastime I call the laughing, dying cockroach–in the park, surrounded by people. Few people indulge me in this. I also thought of my young and beautiful niece Meghan, one of the purest hearts I know, and how much I miss her. I thought about the massive goodbyes I made when I left Indonesia. My thoughts concentrated on all those closed doors, the losses.

I thought of a man who allows very little light inside, though I surrounded his house with candles, torches, floodlights even. I spent a good part of the past year simultaneously loving and trying to stop loving him. I became fixated on our history, our story, and on his potential to love me. I ignored the future and the nagging little voice inside me that whispered, “he doesn’t belong in your future”. I tried to stretch our few short stories into an anthology that would fill my empty shelves. Or perhaps I wanted only to handpick our sweet past times together and drape them over the vicious ones as if to somehow forget that a future was impossible. I knew it was but love seldom concerns itself with such trivialities. Our break-up spanned six months, a ridiculous amount of time to say one simple, inevitable word: Goodbye. It’s as easy as allowing sand to fall through your fingers and as difficult as trying to count those grains as they slip back down to where they belong. Finally, I relented to that love. That ass-kicking precursor to “just not doing it anymore” obviously wasn’t working so instead I decided to accept it, as foolish as I may be. It was a necessary part of cutting off the energy that feeds it in order to redistribute that energy to other areas of my life. A key behaviour in letting go.

During those few moments of mediation on the threshold of the new year I thought that perhaps what happened in a year, the good, the bad, the ridiculous, does not matter as much as how you say goodbye to a year and accept the new one. Nothing stays the same, as much as we cling to it. Not joy, not suffering, not even love. The energy behind them wanes and waxes, ebbs and flows. If ever we want answers to those questions that plague our nights or weight our dragging feet, look to nature. Everything is cyclical, necessary, ephemeral. I may escape winter by moving my physical body to Asia but winter still visits my heart, though my fingers and toes may be warm. And the summer warms me but burns if I have too much. Impermanence is quite possibly the part of life for which I am most grateful because it is the only certainty.

So I said goodbye not to all the horrible and wonderful things of the past year, they will always be with me. But to the energy behind all those things, to make space for newness, to remain open to all that is available and all the experiences I will create. I don’t need to re-read books, or listen to the same music everyday because it reminds me of a time I don’t want to give up. I don’t need to return to favourite places or favourite people just yet. I don’t need to grieve everything that ended for a thousand years. There is a massive landscape in front of me with hundreds of different paths. Things that make me feel sad or hollow or indifferent to life don’t need repeating just because there is nothing to replace them. A thousand possibilities for tomorrow and the day after, for life, sit outside our doorsteps everyday, we just need to open the door. I can’t get back what I’ve lost either by the hand of the Universe or my own, nor can I replace or undo it. But I can move forward and cross new thresholds.

The night and the year closed with a simple but ceremonious lantern release. For 60 Thai Baht, or 1.60 USD, I bought a large paper lantern, lit it with the help of my dear friend, and waited patiently for the hot air to fill the empty space and inflate the lantern. I held onto it for a few moments longer than necessary–a tribute to old habits–and then let go. I watched it float up into the night sky amongst the stars and other lanterns. Bye bye baby.

“You shall be free indeed when your days are not without a care nor your nights without a want and a grief, but rather when these things girdle your life and yet you rise above them naked and unbound.” – Khalil Gibran